Vice Awakens is the third and final quest in the Vice quest line, and the seventh in the game's history. It is a boss quest and follows Find the Lair of the Wyrm.

It cannot be started until the player starting it has reached level 30 and has completed the previous two quests (Free Yourself of the Dragon's Influence & Find the Lair of the Wyrm). Bailey the Town Crier recommends a minimum level of 30 to take part in this quest series. The quest scroll is dropped for the quest owner when Find the Lair of the Wyrm is completed or can be purchased for 4 gems from the Quest Shop (by players of at least level 30) after completion of previous parts of the arc.

This is one of the harder bosses in the game. The Shadow Wyrm's HP (1500) makes this a long quest and its strength multiplier (3) makes this a very difficult quest. Without using Warrior or Mage boss damaging skills, a four-person party can typically finish this quest in over 4 weeks. The very high difficulty means missed Dailies will cause higher amounts of damage to the group; having a Healer in the party is highly recommended.

After much effort, your party has discovered Vice's lair. The hulking monster eyes your party with distaste. As shadows swirl around you, a voice whispers through your head, "More foolish citizens of Habitica come to stop me? Cute. You'd have been wise not to come." The scaly titan rears back its head and prepares to attack. This is your chance! Give it everything you've got and defeat Vice once and for all!

Show/hide spoilers
The shadows dissipate from the cavern and a steely silence falls. My word, you've done it! You have defeated Vice! You and your party may finally breathe a sigh of relief. Enjoy your victory, brave Habiteers, but take the lessons you've learned from battling Vice and move forward. There are still habits to be done and potentially worse evils to conquer!

Artwork featuring Vice, the Shadow Wyrm was created for the official blog and social media. 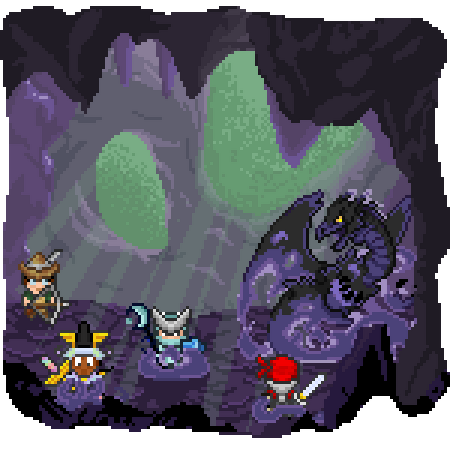 For those with phobias who don't want to see certain quest pets, mounts, and bosses (such as the dragons awarded from this quest) during gameplay, there is a Phobia Protection Extension available.