Players, based on their classes, became different fruits or vegetables:

Some Elite and Legendary Heroes (Contributors) had changes to their titles and contributions in the Hall of Heroes. Daniel the Bard (who was impersonating Ryan), Alys, and Lefnire, for example, became "Macaroni Artisan," "Queen of Hearts," and "Burrito," respectively, with Lefnire's contribution becoming "Main contribution = Burrito."

Many of these changes still persist.

NPCs throughout Habitica were replaced with their fruit or vegetable counterparts: 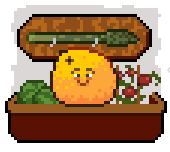 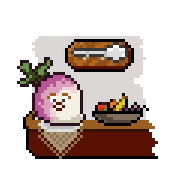